Why the U.S. Is a World Leader for Credit Card Fraud 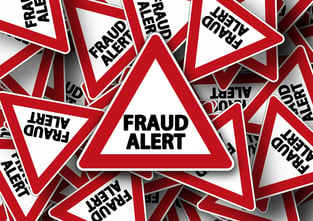 The United States leads the world in credit card fraud — by a huge margin. It represents roughly five percent of the global population and 27 percent of all credit and debit card volume.

However, the U.S. accounts for nearly half of all card-based fraud. It’s hard to truly appreciate the sheer scope of this problem, but by 2020 experts predict out-of-pocket losses for stateside merchants could approach $12 billion annually.

The question is, why is the U.S. such a haven for credit card abuse?

Part of the answer stems from how ubiquitous plastic is in the United States. According to some estimates, American consumers carry 1.8 billion credit and debit cards (in a country with 330 million people).

As one of the largest markets for credit card use, the U.S. is one of the most attractive targets for thieves and hackers. The problem goes much deeper, however. Below are four additional reasons why the U.S. leads the world in credit card fraud.

EMV credit cards are a much safer payment alternative to traditional magstripe plastic. These more secure cards come with embedded security chips that are very difficult to clone. As such, they offer greater protection when making in-store retail purchases.

Because of this enhanced security, most countries made EMV adoption mandatory years ago. The U.S. was late to the party when it finally introduced liability rules in 2015.

Merchants that made the switch to EMV credit card processing saw an immediate drop in in-store fraud. Nationwide, EMV adoption produced a 27 percent reduction in counterfeit fraud between January 2015 (before the credit card chip reader law when into effect) and January 2016.

However, in-store fraud still remains a major problem since EMV credit card processing hasn’t reached 100 percent penetration in the U.S. This is especially true among smaller merchants, many of which lack the resources to make the transition.

As such, a surprising number of American retailers are still easy pickings for thieves brazen enough to commit credit card fraud in person.

2. The Rise of CNP Fraud

In fact, most countries that adopted EMV credit cards noticed an uptick in CNP fraud precisely for this reason. This increase was especially prevalent in the U.S., which is one of the most active online retail markets in the world (second only to China and South Korea on a per capita basis).

By some estimates, American e-merchants rake in nearly $500 billion a year in sales. With volume like that, it’s little wonder why the U.S. is such an attractive target for online credit card frauds.

The U.S. has some of the strongest consumer protection laws in the world, and that’s a good thing.

One aspect of these laws is the chargeback rule — a special provision that enables consumers to initiate mandatory refunds without the merchant’s consent. Chargebacks are designed to protect customers from unauthorized purchases, damaged goods and other legitimate grievances.

The problem is chargebacks are:

As a result, many consumers knowingly abuse the system by buying products they intend to “dispute” after the fact. Known as “friendly fraud,” this type of credit card abuse could generate $25 billion in annual losses by 2020.

4. The Internet of Things

We’re more connected than ever before — with smart devices, cars and even kitchen appliances all processing real-time information in increasingly centralized databases.

This trend is worldwide, but the U.S. is near the lead of the pack when it comes to total Internet usage.

Connectivity equals convenience, but it also means there are more “holes” or opportunities for thieves to exploit. This explains why the U.S. also leads the pack when it comes to data breaches.

There are plenty of high profile examples, from Equifax to Facebook to Target. But smaller merchants are the most at risk since they typically have fewer data security safeguards in place.

How Often Does Credit Card Fraud Get Caught?

Chargeback abuse is extremely difficult to prove, even when you know the customer on a first-name basis. The law is usually on the customer’s side.

Most types of credit card identity theft and abuse happen anonymously involving people you’ll never meet. Moreover, many of the worst abusers aren’t even in the U.S.; they work remotely from all over the globe.

This explains why only 0.14 percent of identity theft suspects are arrested (and why an even smaller percentage of thieves are successfully prosecuted).

So, if you’re hoping for retribution or justice, it’ll probably never come. A better approach is to prevent payment fraud before it happens.

How Not to Become a Credit Card Fraud Statistic

There is no single solution that can stop credit card fraud entirely, but there are common sense strategies you can implement to reduce payment abuse within your business.

For example, you should always use a PCI-compliant payment processor that understands the importance of data security. Arguably, this is the most important step in reducing credit card identity theft and abuse.

But don’t stop there. It’s also vitally important that you understand:

If you’d like to learn more about how these data security tools can help reduce credit card fraud within your business, schedule a free consultation with our merchant services team today.