Why Banks, Governments and Other Middlemen Fear the Blockchain 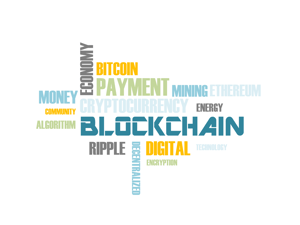 If you’re like most people, you’ve probably never heard of a blockchain. Yet, this relatively new technology could radically change how we interact and do business. First, a little context.

Trust is an essential component of modern life. When conducting business with unknown parties, for example, you need a way to ensure that money paid results in goods received.

If you’re buying from vendors on the other side of the globe, however, it’s very difficult to protect yourself. Even when dealing with someone in your ZIP code, there is no surefire way to assess his or her trustworthiness.

This is why we rely on middlemen such as banks, government agencies, lawyers and notaries. These third-party gatekeepers help maintain “trust” platforms by:

There is a cost for these services, of course. In most cases, that cost is passed directly on to the end user in the form of higher prices or extra fees. What happens when we develop economic systems and transactional exchanges with built-in trust?

In such a world, society wouldn’t have much need for middlemen — or their accompanying fees.

You may not be familiar with the blockchain, but you’ve probably heard of Bitcoin — a relatively new cryptocurrency that allows users to initiate anonymous, unregulated money transfers across peer-to-peer networks.

Governments and financial institutions around the globe are understandably concerned about the growth of this unmonitored market, but the real story is the underlying technology behind Bitcoin — i.e., the blockchain.

What exactly is this technology? The blockchain is basically a series of encrypted peer-to-peer transactions (i.e., blocks) that all get captured in a distributed, public ledger.

This digital ledger is viewable by everyone. However, since blocks get added under very strict criteria, the chain is next to impossible to manipulate. In other words, every transaction is independently verifiable by anyone who checks the logs. Those logs are held independently by large groups of people; changing just one record requires simultaneously changing all concurrent copies of that same record.

Decentralized and incorruptible, the blockchain automatically eliminates distrust, providing all relevant parties with certainty and protection:

These examples are just scratching the surface. From ID verification to supply chain management to smart contracts, the potential applications of blockchain technology are limitless.

For consumers, there are some important advantages:

Most concerning for governments, banks and notaries, these transactions become cheaper. This is because we no longer need centralized authorities to verify the authenticity or trustworthiness of other transactional actors. Using blockchain technology, each person has the ability to independently verify these things.

No more middlemen. No more fees.

Many of the technology’s biggest supporters believe the blockchain could completely eliminate the need for banks, notaries and contract attorneys.

They may be right, but we’ve heard similar predictions before about how:

Yet, all of these “endangered” business models are still with us today.

That said, Hollywood, television and the record industry all had to evolve in order to weather their respective storms. They added extra features or adopted new pricing models to remain competitive.

It’s likely the governmental, legal and financial gatekeepers of today will have to redefine their roles in society if they want to remain relevant moving forward.

If the blockchain already has the “trust” component covered, these middlemen will have to develop new value-added services to justify their existence — and their fees.