What Is Apple Cash and How Does It Work? 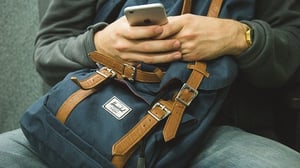 In 2014, Apple finally added payments to its growing line of hardware and software offerings. Apple Pay launched as a virtual wallet that allows users to tie credit cards to their iPhones and iPads. Then, they can use their mobile devices to initiate contactless payments at the point of sale.

In 2019, the company followed up with Apple Card — a credit card that interfaces with Apple Pay. Customers can use these digital or titanium cards to initiate purchases in-store or online.

What exactly is this payment option? How does it work? Let’s take a look.

What Is Apple Cash?

Although Apple Cash works for both in-store and online purchases, this payment option is designed primarily for peer-to-peer transfers — similar to Venmo.

The company describes it as a prepaid debit card that lives inside your Apple Wallet. Once enabled, you can send, receive, and request funds from family and friends using iMessage or Siri.

Whether you want to send birthday money to your nephew or settle last night’s dinner bill with friends, Apple Cash was designed for you.

How Does Apple Cash Work?

Apple Cash shares much in common with Apple Pay and Apple Card, but there are some significant differences.

For example, you can upload debit card details only into Apple Cash, as opposed to credit card details when using Apple Pay. As such, you can only send money that you currently have in your account. More specifically, you must have already added the amount you want to send prior to making the transfer.

When you’re ready to transmit funds, you simply enter the recipient’s iMessage address and click “send.” To confirm the transfer, you must supply a password, Touch ID, or Face ID.

The recipient then receives a notification in his/her iMessage account that funds are waiting. Money can be accessed through any supported Apple device before depositing the amount into a bank account (using Apple Wallet) or an Apple Pay account.

Apple Cash is new enough to where there isn’t much hard data yet. But given the success of Apple Pay — when so many other virtual wallets failed — there is a good chance that Apple Cash could also succeed in the long run.

Love it or hate it, Apple has a huge following of loyal fans. However, there are hurdles and limitations that remain. For example, it’s unclear what advantages Apple Cash has over other peer-to-peer payment options. If you’re already using Venmo, what value does adding Apple Cash provide?

This problem becomes even more pronounced once you realize that Apple Cash works only when both the sender and receiver are using supported devices. Not only must all parties have an iPhone, iPad, Mac, or Apple Watch, but they also must have iCloud accounts as well.

This is in sharp contrast to peer-to-peer payment platforms such as Venmo or PayPal, both of which are device agnostic. Apple Cash could become a global success, but it also could fizzle out due to lack of adoption.

The question is: Should you be using this payment technology?

Should You Use Apple Cash?

As a consumer, it’s up to you. If you have enough friends with Mac or iOS devices, Apple Cash may be worth checking out.