What is Apple Card? 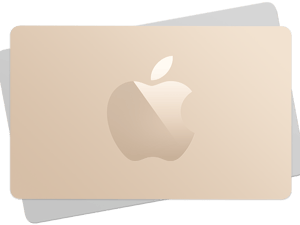 What do you do when:

The answer is simple.

You go into mobile payments, of course. That’s precisely what Apple did with the introduction of Apple Pay — a virtual wallet that allows users to link credit cards to their phones, whether they’re shopping:

But Apple has decided to take this concept to the next level with the introduction of Apple Card.

The question is — will this new payment option change the shopping landscape, or is Apple Card just a lot of hype?

Apple Card at a Glance

When it officially launches later this year, Apple Card will come in two varieties:

As with everything from Apple, both of these payment options will be tightly integrated into the company’s larger ecosystem.

Yet, crucial differences between Apple Card and more established payment options exist — such as consumer plastic and virtual wallets.

Apple plans on making the approval process instant — by allowing users to “apply” directly through their mobile devices. Once approved, customers can begin using Apple Card right away.

This is in sharp contrast to traditional credit card applications that involve:

The mobile component of Apple Card functions much like Apple Pay — complete with in-built security features such as encryption, tokenization, and Touch ID.

However, the EMV-enabled titanium card that customers receive won’t have any numbers on the front or back. This omission will make it harder for criminals to “hack” the physical version of Apple Card.

Whenever users shop with Apple Card, they receive cash back rewards that are applied to their balances daily — not monthly (as with most credit cards).

Some of these rewards are quite generous:

Many credit card companies try to get you to spend more by obscuring where your money is actually going.

Instead, its new payment option comes with a detailed dashboard that shows everything at a glance:

This level of detail can help make budgeting and saving much easier for the average consumer.

The above features are all serious perks that will likely make Apple Card a worthy contender in the increasingly crowded payments landscape.

Still, there are a few additional distinguishing factors that could make Apple Card a game-changer for the retail and payment card industries.

This fact alone immediately places Apple Card in a league of its own. After all, what customer wouldn’t want to avoid all of the penalties and fees that normally come with credit card usage?

Apple Card isn’t really a “money maker” for the company. Instead, it is a loss-leader designed to pull more users into the Apple family. It can afford to offer some of the lowest interest rates in the industry.

Better still, the Apple Card dashboard automatically estimates how much interest you’ll incur — depending on your closing balance for that month.

Will Apple Card Be a Game-Changer?

It’s impossible to predict the future, but Apple Card has the potential to change how we shop. In addition to a range of enticing features, the company’s new payment option is simpler and more affordable than what we’ve come to expect from conventional consumer plastic.

It also helps that Apple Card is backed by heavy-hitters like: