What is a White Hat Hacker? A Day in the Life 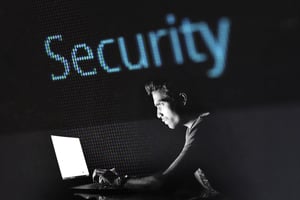 As a business owner, getting hacked is one of the worst things that can happen.

Whether for financial gain, revenge or pure joy, bad actors exploit vulnerabilities in your IT infrastructure — and they now have access to your sensitive data:

The exact motivation is irrelevant, however. Once your business has been compromised, cleaning the mess can take months — sometimes years. This is why most business owners do everything they can to keep black hat hackers as far away as possible.

But imagine deliberately inviting hackers to attack you. Believe it or not, businesses do this all the time. In fact, they often pay white hat hackers handsomely for this service.

What is White Hat Hacking, and How Does it Work?

White hat hacking is a type of “security testing” in which you have IT experts poke holes in your defenses to look for vulnerabilities.

At first glance, this sounds like traditional security scanning, what you undergo every time you apply for PCI compliance status or do an anti-virus scan. On the surface, there are some similarities.

However, white hat hacking is a type of security testing unto itself. Here’s a useful analogy:

A bank might hire a security firm to survey (i.e., scan) its vaults, surveillance infrastructure and protocols to look for potential weaknesses. This is analogous to traditional security scanning.

That same bank might also hire an ex-criminal to try to crack into its safe. This freelancer won’t take anything. Instead, the goal is to simply see if breaking in is even possible.

This latter scenario is much closer to what white hat hackers do. They try to gain access to “secured” environments. Instead of using physical safe-cracking tools, they rely on an arsenal of digital tools to “break in” to your IT systems.

Because the service has been requested by the business owner, the process isn’t illegal or nefarious. It’s for safety and peace of mind. This is why white hat hacking often goes by another name — “ethical hacking.”

What do White Hat Hackers Look for Specifically?

The job of a white hat hacker is to think like their criminal counterparts, looking for the types of vulnerabilities that a black hat hacker would try to exploit.

Although there are many different types of cyberattacks, most fall into one of the following four categories:

Thus, a typical ethical hacker will test your security systems to see how exposed you are to the above. More specifically, white hat hackers look for:

Again, this is the same process a black hat hacker would follow. The only difference is that once criminals find a vulnerability, they begin wreaking havoc. By contrast, ethical hackers will help you identify the vulnerability before it can be exploited. They often help implement the most appropriate fix so that your system is no longer exposed.

The Future of White Hat Hacking

Ethical hacking is a growing industry, and it’s easy to understand why.

A single high-profile data breach can destroy a company overnight. So, major players from Microsoft to Facebook to Uber  invest considerable resources in preventing these types of attacks. For them, hiring a few white hat hackers makes a lot of sense.

These ethical hackers also come out on top as well. They get to enjoy the thrill of the challenge without taking on any of the criminal risks involved. For their service, they get a steady paycheck, with the median salary for this profession hovering around $72,000.

The marriage between ethical hackers and risk-averse companies will become stronger as the Internet becomes even more weaponized. Storing and sending huge sums of data online is convenient, but it creates even more opportunities for thieves to cause irreversible damage — not just for multinationals, but also for ordinary citizens.

Do You Need to Hire an Ethical Hacker for Your Business?

As a small business owner, does it make sense to hire a white hat hacker to protect your company? Probably not — at least for now. Although, black hat hackers typically use automation to launch attacks where there is a vulnerability that will affect a large number of websites. Industry or company size really isn’t a factor.

Fortunately, most of these guidelines already fall under PCI compliance. If you follow the data security recommendations of the Payment Card Industry, you should minimize your risk.

If you have questions about PCI compliance, we’re here to help.