The Importance of Fintech in 2018 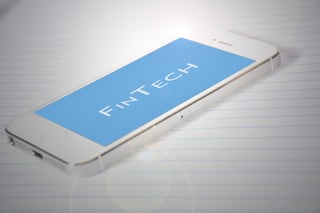 For decades, traditional banks have helped finance a range of disruptive technologies and businesses, from Skype to Amazon to solar panels.

Yet, despite making few improvements to their own business models, these banks have largely avoided disruption themselves. Paul Volcker, former Federal Reserve Chairman, even wrote an op-ed in 2009 titled, “The only thing useful [that] banks have invented in 20 years is the ATM.”

He left out online banking, EMV credit cards and a few other contributions, but his basic point still stands.

Then again — why would they?

Banks hold all the money and make all the rules. Whether to launch a business, buy a home or pay for school, you have to play their game.

Or at least this used to be the case.

There now exists a range of emerging services that leverage financial technology (aka fintech) in innovative ways. Together, these “fintech” solutions pose a real threat to the traditional banking business model.

What Is Fintech — and Why Does It Matter?

Fintech is an umbrella term that describes a wide range of financial technologies that exist outside of the conventional banking ecosystem. Some of the more prominent examples include:

A common feature among these newer financial services is that banks are no longer required as intermediaries.

If you want to launch a company, for example, you don’t have to meet with a loan officer anymore. Crowdfunding platforms such as Kickstarter allow you to raise the requisite capital through hundreds (if not thousands) of smaller donations from ordinary people.

The advantages of fintech don’t stop there, however:

These newer financial services are available online and via mobile, making them accessible to anyone with an Internet connection. Even if you live in a country that lacks traditional banking infrastructure, you can still get the financial support you need.

Fintech solutions are often less expensive than those offered by their banking counterparts. Even their mere presence helps to place downward pressure on many of the fees that banks often charge.

In some cases, fintech is safer than traditional banking. Cryptocurrencies such as Bitcoin use blockchain technology with trust and safeguards already built into the platform. Moreover, transactions are anonymous, allowing users to bypass both banks and government regulators.

In 2008 — the year before Volcker took his op-ed swipe at banks (and ATMs) — fintech investment stood around $900 million.

With growth like this, fintech is obviously more than just a fad. These emerging services are quickly becoming the new normal for the financial sector. By 2025, an estimated 30 percent of banking positions will disappear as a result of these disruptive technologies.

To stay competitive and create “stickiness” for their clients, banks will need to offer innovative fintech products and services that differentiate them from other banks, as well as non-bank competitors. The rise of fintech represents potential opportunities for banks, their commercial account clients, and their customers.