The Positive Impact of Social Media on E-Commerce 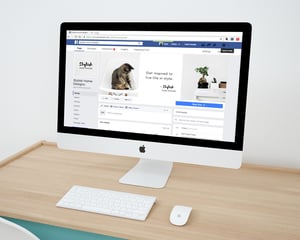 When the world wide web first came out, it began as a competitive advantage for every business that embraced it. Very quickly, the web became a business necessity. It simply wasn't possible to remain competitive without having an online presence.

Though a large chunk of this revenue comes directly from social media, with Facebook, Pinterest, and Twitter helping to generate more than $40,000 every 60 seconds. These properties represent just a tiny slice of the larger social media pie.

It’s almost impossible to calculate the indirect influence that social media has on consumer spending. Paid social media campaigns are continuing to grow on every platform. By spending money on a drip campaign, social networks are giving you data on your audience. This allows you to spend more and also track the influence your spend has on your revenue.

A user might learn of a new brand or promotion from her Facebook feed and decide to purchase that product many weeks after the fact. Yet, according to Epsilon Data Management, social media campaigns are a key driver of shopping habits, responsible for more customer engagement than any other marketing channel currently available.

Why is that exactly?

The most obvious explanation behind this phenomenon is that social media is a free marketing tool that allows companies to engage customers all over the world. TV ads, radio spots, and print media still play a role in modern advertising, but nothing beats free.

However, cost only represents the tip of the iceberg. Some other benefits of using social media and e-commerce include:

When delivering your message via television or radio, you might have to wait months to see if your campaign works. Social media allows for instantaneous input from users.

2. Segmentation by geography, demography, and interest

With a click of the mouse, users can resend the original "message" to thousands of friends or followers. One might have to spend millions of dollars to create a memorable radio jingle, but a low-cost social media campaign can go viral overnight. Because the referral is coming from friends and contacts, the message benefits from a level of social proof that few corporate advertisements ever enjoy in the world of traditional print media.

Should Your Business Embrace Social Media and E-Commerce?

American shoppers spend a tremendous amount of time surfing the web — both on computers and on mobile devices. Obviously, having an online presence is essential if you want to attract this traffic, but given the sheer number of hours that these very users spend on social media, it would be a mistake not to invest in popular platforms like Facebook, Twitter, or Instagram.

Getting started may seem daunting, but keep in mind that the largest cost is time — not money. Paid campaigns can be created and stopped at any time, but an organic following is likely the most promising audience.

Social media is a free and effective tool that can help you connect with millions of potential customers all over the world.  If you need help accepting payments in your e-commerce or brick-and-mortar store, we can help.