The Growth of Giving Tuesday 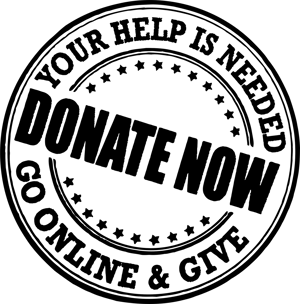 #GivingTuesday falls on the first Tuesday after Thanksgiving (in the U.S.). This year’s date is December 3rd, 2019. The holiday is entering its eighth year (originated in 2012).

With that in mind, what is #GivingTuesday, and how does it apply to you?

The Origins of GivingTuesday

Thanksgiving marks the official kickoff of the holiday shopping season, with Black Friday, Small Business Saturday, and Cyber Monday sales bringing in huge profits for merchants all over the globe.

There is nothing wrong with all of this consumerism. Shopping is fun.

However, we sometimes lose sight of what the holiday season is all about.  Irresistible sales and discounts can easily overshadow the "spirit of giving" normally associated with this time of year.

To correct this imbalance, the United Nations Foundation and 92nd Street Y established the first ever “global day of giving” in 2012.

The celebration still isn't an official holiday (i.e. banks are open). Though it continues to receive a ton of press every year from Mashable, Skype, Cisco, Sony, CNet, the Huffington Post, the Washington Post, Forbes, Google and Microsoft.

Largely thanks to this exposure, #GivingTuesday continues to bring in record donations year after year for participating charities:

Not too shabby for such a young holiday — especially a holiday that only four years ago 82 percent of folks had never heard of.

Many suspect that Giving Tuesday 2019 will bring in even more donations. Experts predict a 26% increase over last year, with contributions likely to exceed $500 million across all channels.

How to ‘Give’ on Giving Tuesday

If you’d like to donate money on Giving Tuesday, there’s no shortage of options. Below are just a handful of reputable charities that make online giving easy:

You can find (and vet) even more organizations using free search engines such as Charity Watch and Charity Navigator.

How to 'Receive' on Giving Tuesday

If you work in the nonprofit sector, Giving Tuesday can help dramatically increase the success of your annual drives. You should continue to host campaigns throughout the year, but as Giving Tuesday approaches, tailoring your message can help bring in more donations than normal during this busy holiday season.

Probably most important of all — make it as easy as possible for supporters to contribute online or via their mobile device. Remember that roughly 54 percent of donors worldwide prefer to give using a debit or credit card.

If you'd like to learn how you can start accepting online and mobile donations for your nonprofit, contact us today.