Presidents and Credit Card Laws: A Look at the Last 50 Years 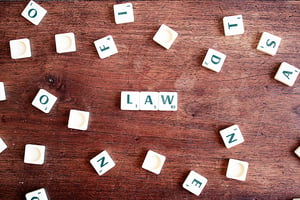 The concept of “consumer credit” dates from 3500 B.C. Mesopotamia. Yet, what most of us would recognize as a “credit card” didn’t come along until 1950 — courtesy of the Diners' Club.

This earliest form of plastic wasn’t even plastic. It was cardboard, and you could only use it at select restaurants.

However, the credit card has evolved substantially over the years. Politicians had to step in occasionally to help make the credit card industry fairer and more transparent. Below are some of the biggest reforms introduced by presidents and sitting congresses.

1. The Truth in Lending Act

In 1968, former President Johnson signed the Truth in Lending Act, requiring that credit card companies standardize and disclose their terms, costs and conditions to borrowers.

This legislation also introduced the concept of an annual percentage rate (APR).

Former President Nixon signed this bill in 1970, mandating that credit reporting agencies had to provide free access to any information they had on you (every year). This act made it possible for borrowers to fix errors on their credit reports. It also made it so that blemishes would expire after seven years.

In addition, the Fair Credit Reporting Act paved the way for the three big reporting agencies we have today — Experian, TransUnion and Equifax.

Every time you apply for a credit card, the issuer does a check of your credit history. Each inspection adds a new penalty to your record. This is why former President Nixon signed this 1970 law, which prohibits credit card issuers from sending unsolicited cards to customers.

That same year (1974), former President Ford signed the Equal Credit Opportunity Act into law. This historic bill made it illegal for lenders to discriminate against credit card applicants — based on gender, race, marital status, religion or country of origin.

Former President Carter signed the Fair Debt Collection Practices Act in 1977, making it illegal for debt collectors to hound consumers before 8 a.m. and after 9 p.m.

This bill also prevented collectors from calling people at work.

In 1988, former President Reagan made it mandatory for credit card companies to clearly state their terms, conditions, fee schedules and APR on all solicitation letters. To this day, every credit card offer you receive comes with a handy chart on the back outlining these details.

Signed into law by former President Clinton in 1996, this piece of legislation requires that credit repair companies can only charge customers after rendering services. This was designed to prevent predatory business practices — many of which were targeted at lower-income families.

Thanks to this 2003 bill, you can now request free credit reports from Experian, Equifax and TransUnion. Former President Bush (Jr.) signed it to help combat identity theft and make it easier for consumers to monitor their credit histories.

Signed by former President Obama in 2009, the “CARD” Act introduced a host of consumer protections, including:

New bills and executive orders come out all the time, so it’s impossible to capture every piece of legislation in an article of this length.