Negative or Positive Reinforcement: Which Works Best for Late Invoices? 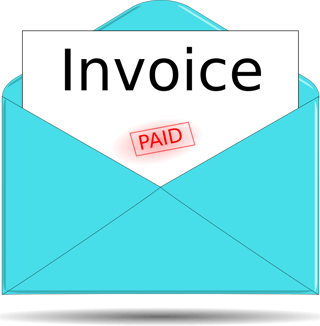 Regardless of the size of your business, invoicing is an absolute necessity. It’s what keeps cash flowing in, but not receiving payments on-time is an uphill battle. What happens when a client or customer fails to make a payment? That can have serious consequences for your business and it's one of a small business owner's biggest challenges.

As explained by Due co-founder John Rampton, “When you are not getting paid, there is not much you can do with your own bills that are due. You may have had to then pay a bill late, wait to do your grocery shopping, or ask a friend or family member for a loan until payment arrives. There’s a real problem when a client doesn’t pay you for the work you have produced and you are not able to pay for basic expenses.”

There’s also “the extra time that goes into trying to get that late payment.” Instead of focusing on tasks that could grow your business, you’re spending a significant amount number of hours chasing down the payment.

While there are a number of strategies you can use to ensure getting paid, such as having a contract, offering multiple payment options, and using automation, using negative and positive reinforcement is a tried and true method. It offers what is known as intrinsic motivation to take action.

The Difference Between Negative and Positive Reinforcement

Kelly Prince, M.A., BCBA, states that, “Reinforcement is used to help increase the probability that a specific behavior will occur in the future by delivering or removing a stimulus immediately after a behavior.”

“Negative reinforcement occurs when a certain stimulus (usually an aversive stimulus) is removed after a particular behavior is exhibited. The likelihood of the particular behavior occurring again in the future is increased because of removing/avoiding the negative consequence.”

Positive reinforcement, on the other hand, “works by presenting a motivating/reinforcing stimulus to the person after the desired behavior is exhibited.” Doing so makes “the behavior more likely to happen in the future.”

It should be noted that despite their differences, there are still similarities between the two.

“The major similarity lies with its main objective, which is to increase the rate of any behavior (operant). Both of these fall under the concept of Operant Conditioning, Reinforcement,” writes the team at Psychestudy.

“Not only do these share a same goal, but the factors affecting their success rate are also quite similar. Both of these forms of reinforcements are largely influenced by the consistency, frequency and immediate response to the behavior.”

When it comes to invoicing, negative reinforcement would be attaching late fees to the total amount due. Often times this is a small percentage, perhaps a two percent interest fee. Attaching a huge penalty may prevent the client from working with you again the future or referring you.

An example of positive reinforcement would be offering a discount as incentive to pay the invoice early. Again, this could be a small percentage like knocking two percent off the final amount. It could also be a percentage off of future work.

The advantage of positive reinforcement, such as a discount for future work, is that it encourages clients to work with you again.

While both strategies can be effective, which type of reinforcement has the edge? Research from Pavlok has found that “negative reinforcement is actually far more effective for sparking initial habit change.”

If your client is hit with a late charge, it’s safe to assume that when you bill them next month they’ll pay the bill by the due date. What’s interesting, however, is that this can eventually wear off.

For some clients, getting charged an extra $50 a month many not matter to them if they have the funds to cover that charge. If they don’t, they may switch to a competitor so that they avoid your late fees.

Positive reinforcement is better suited for the long term. That’s because the small reward changes their habits. That small incentive to pay pushes them to make early payments going forward.

As Pavlok adds, “Negative gets you started. Positive keeps you going.”

Of course, researchers have been debating which is more effective for over a century. And, results often vary depending on factors like age. Typically, children respond more favorably to positive reinforcement.

However, even though negative reinforcement sparks a quick action, you may be jeopardizing the experience of you clients. Positive reinforcement can build stronger relationships. This is because it can develop trust. To be honest, we all enjoy getting something in return as opposed to having something taken away from us.

So, the next time you’re handling late payments, try focusing more on positive reinforcement. Not all clients will respond to it, but it’s better in establishing long-term relationships.

BluePay is pleased to bring you this valuable information from Due, makers of a free digital wallet that allows users to easily make and accept payments online.