How Will Self-Driving Vehicles Impact the Car Rental Industry? 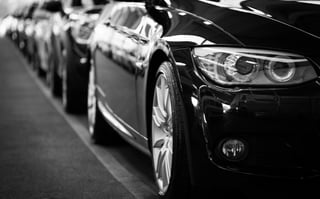 America’s love affair with the automobile is more than a century old. Karl Benz is often credited with developing the first commercially viable car in 1886. This was followed by Ford’s Model T in 1908 — the first car for the masses.

Even so, it can be argued that the introduction of the Eisenhower Highway System in 1956 changed the driving landscape forever. By connecting the country, these interstate highways created new cottage industries that, in turn, created their own cottage industries.

For example, rental cars became truly mainstream during the ’50s and ’60s. This spurred demand for innovative applications and processes to help handle the influx of more drivers on the road.

But with the rise of autonomous vehicles and livery services such as Uber and Lyft, how will this affect the rental car industry?

Renting a car is a big responsibility, which is why many agencies charge premiums for any drivers under age 25. It’s also kind of a hassle once you factor in:

That’s why most people rent cars only when they absolutely have to — e.g., their vehicle is in the shop or they’re visiting a new city.

Still, car rentals are a multibillion dollar industry in the United States alone. However, two emerging trends are slowly chipping away at this time-honored tradition.

Uber and Lyft are relatively new livery services that transport passengers around major urban centers, often for a fraction of what conventional taxis charge. This cost advantage hasn’t gone unnoticed by consumers.

As Business Insider reports, Uber’s share of “corporate ground transportation spending” went from 22 percent in Q4 2014 to 52 percent in Q4 2016. Over that same period, rental car spending shrank from 48 percent to 33 percent.

That’s a huge reversal. Those numbers don’t even factor in Lyft, the next largest competitor. But there’s another piece of the puzzle that is potentially even more worrying for rental agencies.

Trend 2: The Rise of Autonomous Vehicles

We’re still in the early days of self-driving cars. But as they become more mainstream, services such as Uber and Lyft will increasingly phase out their human drivers for autonomous ones. This transition carries a higher upfront cost, but there are fewer ongoing expenses. If those savings are ultimately passed onto the consumer, the relative cost of renting cars will only increase.

What This Means for ISVs and VARs

As an independent software vendor (ISV) or value added reseller (VAR), there will be even greater demand for those who can develop applications to handle the logistics, fuel economy and fleet management of this emerging transportation model.

Instead of buying a new car every five years, the average American might take a self-driving Uber car two or three times a day. With more transactions per unit of time, the industry will need smarter and faster payment processing.

That’s where companies like BluePay come in. Our PCI-compliant payment solutions are flexible enough to evolve with these changing demands, and secure enough to provide unmatched fraud protection for you and your clients.