How Will Net Neutrality Changes Impact My Business? 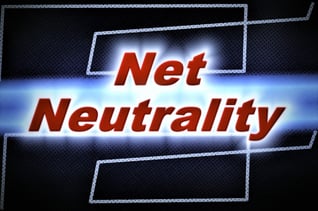 The Internet has forever revolutionized how we communicate, learn and even shop. Information is now democratized, freely available to anyone and everyone who has a connected device. As of 2018, this includes a lot of people.

According to recent estimates, nearly half of the world is now online — accessing the Web through billions of Internet-enabled computers, smartphones and tablets.

What’s truly amazing is that the Internet’s growth has largely been organic over the years. True, there are regulators, protocols and standards, but no one actually owns the Internet. It has emerged as a shared “public good” for all of humankind.

All of this could soon change if pending net neutrality rules go into effect. This article explores those rules, and how they could potentially impact your business.

What Is Net Neutrality — and Why Does It Matter?

Under the old framework, net neutrality prevented Internet service providers (ISPs) from interfering with their users’ connections by:

Over the years, ISPs have lobbied hard for legislation that would allow them to hamper the free flow of ideas and information shared online. In fact, the term “net neutrality” exists only as a result of these lobbying efforts. Since its inception, the Internet has always been a modern-day commons — accessible to all.

Neutrality and free speech were already hard-baked into the formula. Unfortunately, ISPs have largely been successful with their lobbying campaigns. In late 2017, the Federal Communications Commission (FCC) voted 3-2 to end net neutrality as we know it.

Without net neutrality protections, ISPs soon will be able to legally discriminate against both online businesses and users. In short, they’ll be able to pick winners and losers — deciding whose voices get heard (and whose don’t).

What does that mean in practice? It means that if you run an e-commerce store, for example, your local Internet service provider could deliberately slow your site unless you pay a premium for faster service.

Having a slow site could make it harder (if not impossible) to compete. For starters, site speed is a major factor in search engine rankings. If you have slow load times, you won’t receive as much organic traffic. Moreover, the traffic you do receive probably won’t stick around for long.

Section.io recently conducted a deep analysis of “bounce rates” — a measure of how quickly someone abandons your site once they arrive. According to its findings …

In other words, you’d better play by the ISPs’ rules if you want to stay in business.

If you’re a big company such as Google or Facebook, paying this ransom won’t be a problem. If you’re like most small business owners, you probably don’t have a lot of extra cash to burn — so you’ll likely be impacted once these rules go into effect.

Even if you do have the money, you could still run into some challenges. Keep reading.

When Extortionists Don’t Even Want Your Money

There may be instances in which an ISP could refuse to speed up your website, no matter how much money you’re willing to pay. Your local Internet service provider might consider doing this if your business model poses a threat to one of its stakeholders.

A perfect example is Comcast, which owns a 51 percent stake in NBC Universal. Any streaming services that directly compete with this media empire could become a target of Internet speed throttling.

The same thing could happen to any companies whose ideology or political leanings don’t sync with those of Comcast’s.

It’s worth noting that your customers aren’t much better off. By ending net neutrality, ISPs could legally deny users access to the content they want — including your products and services.

Online users might also be prevented from exchanging ideas, organizing campaigns or sharing their views. The impact would be especially bad among marginalized communities that aren’t normally represented in the mainstream.

What Steps Can You Take to Protect Your Business?

Unfortunately, you don’t have many options. The FCC has already made its ruling, and only Congress can legally overturn this decision.

If you’re worried about what ending net neutrality could do to your business, your best bet is to contact your local representatives directly and share your concerns. You can use this free Congressional directory to get started.

There are also numerous petitions circling, including those from:

If you are thinking about signing any of these petitions, now is the time to act. That’s because under the pending net neutrality changes, ISPs could soon be allowed to slow down or even block the sites above.