How Do Consumers Feel About Credit Unions? 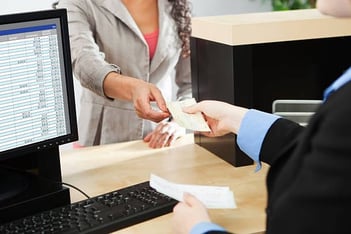 Banks safeguard our collective wealth, and they provide a range of services and products that all of us need. However, these roles are not exclusive to banks. For example, credit unions provide many of the same services.

How Does a Credit Union Differ from a Bank?

First, it’s important to understand the purpose of a credit union. Although they serve many of the same functions as banks, their roles and composition are quite different.

A credit union is essentially a nonprofit co-op that provides a range of financial services (such as deposits, withdrawals, loans, etc.). This means anyone who joins a local credit union becomes both a customer and part owner. As such, you share in some of the net revenues generated from the credit union’s activities. This is a far cry from the profits that banks routinely collect.

In addition, credit unions are legally forbidden from:

This makes predatory lending harder — although not impossible.

Moreover, credit unions are typically smaller. Although this doesn’t automatically guarantee better customer service, the two often go hand in hand. On the surface, credit unions appear to be trustworthy, almost by design.

But how do consumers really feel about them?

Credit Unions — a Closer Look at the Numbers

There aren’t many national polls or surveys that outline how U.S. consumers truly feel about credit unions. But based on the points above, it certainly seems like they’re transparent and trustworthy.

When you look a little closer, however, credit unions:

So, there really is no preferred financial institution over the other. This becomes even more obvious when you look again at the numbers:

Again, there is no absolute winner. Consider these two important caveats:

But this is changing. For example, credit unions nearly doubled their assets in the wake of the 2008 financial crisis. And total enrollment grew from 83 million customers to over 100 million.

Moreover, many credit unions are lifting their membership restrictions in an effort to attract more customers. It’s quite possible that Americans will increasingly abandon major banks in favor of smaller and more transparent credit unions.

What All This Means for Your Credit Union

Looking to the future, strategies worth exploring include:

Finally, consider adding more features, perks and benefits. Doing so can sometimes be challenging — both economically and technologically — but will definitely increase your membership and your revenues.