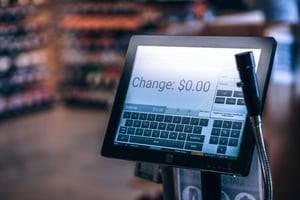 Prior to 2015, the only place you’d likely find EMV credit card readers at point-of-sale (POS) were retail stores across Asia, Europe and Canada. Three years later, the technology is now present in nearly three million merchant locations across the United States.

Short for Europay, Mastercard and Visa, the EMV chip card technology was developed in the early 1990s to reduce fraudulent card-present transactions; however, it wasn’t introduced in the U.S. until 2015 when the major credit card associations implemented a liability shift to hold merchants or card issuers responsible for financial losses resulting from counterfeit purchases.

The late introduction of these requirements – along with the financial costs of upgrading payment processing infrastructure – is one reason why some business owners have been slow to embrace EMV payment processing.

Despite relatively slow EMV adoption in the United States, the technology has gone mainstream with 97% of payment transactions being made with chip cards in the month of March 2018 alone, according to Visa.

Although traditional swipe-and-sign credit cards are popular in the U.S, they aren't terribly safe. According to Senator Richard Blumenthal (D-Conn.), “Half of the fraud occurs in the United States but only a quarter of the credit card use.”

In an age of “big data” and identity theft, American consumers demand more protection from thieves and hackers.

EMV credit cards were designed to offer this added protection.

Each card comes equipped with a chip that creates a unique transaction ID for every purchase. It's no longer enough to copy a credit card number (or clone the magnetic strip on the back). Transactions only happen if the card and embedded chip are both present at the point of sale:

Should You Add EMV Support to Your POS System?

The easy answer is "yes." Although it is not considered a law by the government, a business owner will be held responsible if they process a transaction by swiping the strip rather than dipping the chip should fraudulent activity occur.

By enabling EMV transactions at your business today:

The end result is more sales and fewer costs.

However, what happens when you purchase an EMV reader but don’t activate the system or software? Can you still process transactions?

Most EMV readers come equipped with slots for swiping magnetic stripes and dipping chips, so you don’t have to worry about not being able to accept payments. Some readers even come with the ability to accept NFC payments and only require a customer to wave their smartphone over the device to make a purchase using a mobile wallet.

How to Add EMV Support to Your Point-of-Sale System

Getting started is a lot easier than you think. If you currently accept credit cards, this means that your retail business already has a merchant account. The only thing you need are new readers that can process chip-enabled EMV credit cards. It's an added expense, but with more sales and fewer costs, EMV readers are investments that quickly pay for themselves.

To get started, use the free resources below: