Cryptocurrencies: Passing Fad or the Safest Way to Send and Receive Money? 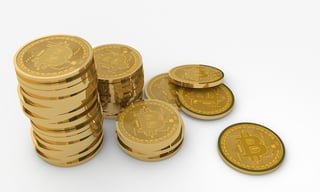 “Follow the money” is a recurring theme in many political thrillers and gangster movies. When dealing with large transactions, there’s almost always a paper trail left by:

It’s this paper trail that ultimately topples the bad guys — from cartels to corrupt politicians.

Yet, what if it were possible to send large sums of money completely undetected? Or at the very least, what if you could send and receive cash anonymously, without watchdogs looking over your shoulder?

There’d be no paper trail of which to speak — and thus — no digital footprints to help authorities find you.

Believe it or not, this scenario already exists due to the advent of cryptocurrencies.

What Are Cryptocurrencies, and How Do They Work?

Cryptocurrencies come in many varieties, with Bitcoin and Ethereum being the most well-known. Each cryptocurrency uses slightly different protocols, but they usually have the following in common:

On the surface, this may not seem that different from PayPal — another peer-to-peer network that relies on encryption to protect its users.

Yet, cryptocurrencies work a little differently.

Instead of routing these digital currencies through exchanges, banks, government agencies or other centralized “waystations” — all transactions happen on an unregulated, unmonitored network.

This doesn’t mean these transactions are invisible to watchdogs.

Just the opposite, in fact.

Each transaction is timestamped and reported on a public ledger that is viewable by everyone. Anyone who looks at this ledger will know that user A sent 10 Bitcoins to user B. They’ll even know the exact date of the transaction.

What watchdogs can’t know, however, is:

Given the above anonymity, it’s easy to understand why cartels and corrupt politicians would embrace Bitcoin.

Because of these advantages, it is very unlikely that cryptocurrencies are a passing fad. Sending and receiving Bitcoin is faster, cheaper and easier than using many traditional payment methods.

Due to the underlying encryption involved, manipulating a cryptocurrency’s public ledger is difficult — if not impossible. This is because copies of that ledger are held independently across a huge network of users. Manipulating one transaction requires simultaneously tampering with all other copies of that ledger — which is unrealistic given today’s computing power.

There’s another reason why cryptocurrencies will likely stick around for a while.

Using Bitcoin as an Investment Tool

Like most currencies — encrypted or otherwise — Bitcoin is primarily a medium of exchange. You can use this digital currency to facilitate transactions, just as you would with dollar bills, credit cards or casino chips.

However, cryptocurrencies serve another important function.

First, we need a little context:

By design, a cryptocurrency like Bitcoin is immune to inflation. There can only ever be 21 million of them in circulation — ever. Each Bitcoin can be subdivided into smaller denominations, but it is mathematically impossible to exceed this 21 million Bitcoin threshold.

Again, this is by design, with many citing Bitcoin’s creation as a natural backlash against the 2008 crisis and the monetary easing that followed. The anonymous architects of the world’s first cryptocurrency were reacting to the unchecked power that banks and governments had on the global money supply.

Because of their built-in scarcity, each Bitcoin tends to gain value over time — instead of losing value like traditional fiat currency does. As a result, Bitcoin is now commonly used as an investment vehicle, just like gold bullion or rare art.

So far, the results have been nothing short of miraculous:

In the absence of any official backing, Bitcoin’s value is 100 percent dependent on speculative demand. This means the entire house of cards could come tumbling down at any moment.

We’ve already seen this happen many times before — from tulips to tech startups to homes.

As with any investment strategy, it would be a mistake to use past performance to forecast the future.

Though it would be an even bigger mistake to ignore cryptocurrencies entirely. This is especially true if your customers start asking about Bitcoin payment options.