Celebrating Women's Equality Day - How Women Have Contributed to Business, Technology and the Payment Industry 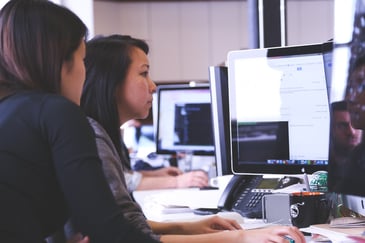 Women’s Equality Day (August 26) is a yearly event commemorating the 1920 passage of the 19th Amendment, which gave women the right to vote in the United States.

The amendment was first introduced in 1878, but it took nearly 30 years to become ratified. The country waited another 50 years before Congress officially designated August 26 as Women’s Equality Day.

As we approach the 100-year anniversary of the 19th Amendment’s passage, it’s worth remembering how historical an achievement this was. Almost overnight, America essentially doubled its civic potential, allowing women to play a more active role in public life.

At the same time, the country still has a lot of ground to cover when it comes to representation and equality between the two genders.

Consider some of the following statistics:

Progress in these arenas has been slow. But thanks to the inspiring trailblazers below, that progress has also been unrelenting.

Women’s Equality in the Business World

In 1950, only 34 percent of eligible women had joined the workforce. That number didn’t exceed 50 percent until the late 1970s. Even so, the modern office was a largely male-dominated sphere.

In 2018, this is no longer the case. Women now make up 47 percent of the American workforce. They’re not simply employees. They’re also entrepreneurs, pioneers and titans of industry.

Although 99.9 percent of these companies are classified as “small businesses,” roughly 20 percent of enterprises with $1-plus million in annual revenues are female-owned.

You can add to this list the ever-growing number of female billionaires, including:

There are many early examples of women in science, technology, engineering and mathematics (STEM), including:

However, women have been largely underrepresented in science and technology. In 2018, they make up only 20 percent of all tech jobs in the U.S.

Fortunately, this is changing as STEM companies increasingly invest in better recruitment, education, maternity leave — and most important, equal pay. It also helps that there are more women in mentorship and leadership positions, including:

These women serve as inspiration for young girls (and boys) all over the globe.

Women’s Equality in the Payment Industry

Wall Street may still be a male-dominated field, but the larger payment industry is a little more balanced. Only a little.

In fact, Oliver Wyman reports that executive female positions in the financial sector has declined since 2000.

However, initiatives such as Women in Payments have emerged to create more networking, mentorship and conference opportunities. Also, there are many inspiring women in leadership positions such as:

BluePay is no slouch when it comes to recruiting top female talent, including:

How Will You Celebrate This Year’s Women’s Equality Day?

We chose business, technology and payments because, as America’s favorite payment processor, these three areas are close to our hearts. But true gender equality extends well beyond these examples.

So, on August 26 (and every day before and after), we encourage you to regularly scan for opportunities to: