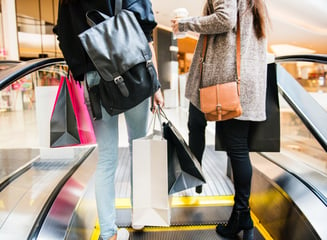 Every year, millions of Canadians wake bright and early on December 26th and brave the potentially bone-chilling weather to reach their local shopping mall or big box store. Why? Because it’s Boxing Day — a British tradition co-opted by its former colony and now a statutory holiday that sees retailers offering rock-bottom prices and consumers willing to spend big.

Recent data suggests that 35 percent of Canadians plan to get up and go the day after Christmas, spending between $200 and $500 on gifts for themselves and their loved ones.

For retailers, it’s worth getting ready before the big day arrives: Here’s a retail guide to generating revenue and meeting Canadian expectations on Boxing Day.

While there’s no hard data on the origins of Boxing Day, one thing is certain, it’s not a reference to the rough-and-tumble sport. Sure, Canadians might get into the occasional squabble over limited quantities and low prices, but they’re generally too considerate — and still stuffed from recent Christmas feasts — to consider any type of festive fisticuffs.

Common thinking puts the origins of Boxing Day at least several centuries distant in Britain. Some suggest it stems from the practice of putting money-filled boxes on ships. If the voyage was successful, the boxes were given to local clergy members for distribution among the poor. Other accounts say the selfsame boxes appeared outside churches each Christmas to collect public donations. The most widely accepted take on the tradition is that the day after Christmas, wealthier families gave their servants and tradesmen “Christmas Boxes” full of money and gifts to honor another year’s worth of service.

In its current incarnation, Canadian retailers (both online and in-store) offer steep discounts and special deals to draw in customers. The majority of stores, restaurants and malls are open, while government service and most non-retail businesses are closed.

Thinking Outside the Box

How do you prepare for the onslaught of polite-but-determined Canadians looking for great deals? Best Boxing Day bets include:

End of an Era?

Worth noting: America’s favorite shopping day — Black Friday — overtook Boxing Day last year for sales volume. Maybe it’s a one-off, maybe it’s the end of an era; either way, retailers need to start gearing up for the season sooner than they think.