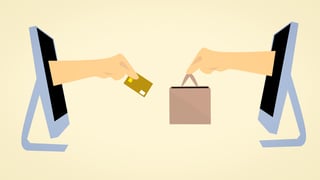 Since launching in 1998, PayPal has dominated the peer-to-peer (P2P) payments space. In fact, the company is largely responsible for bringing the concept of “peer-to-peer” into the vernacular — long before the rise of Napster, BitTorrent or Bitcoin.

Yet, that lead is starting to erode as more competitors crowd into the P2P payment game.

Below are some of the biggest potential contenders.

As with most Apple launches, brand recognition and ease of use are the main selling points behind this new P2P payment technology.

All of this syncs with the tech giant’s other payment service — Apple Pay. This allows you to use a single unified system for both retail purchases and P2P transfers.

Unlike PayPal, Apple doesn’t charge fees to use its service. The only downside is that Apple Pay Cash is only available on a limited number of devices within the larger iPhone and iPad ecosystem.

Backed by some of the biggest names in finance, Zelle is another relatively recent arrival. This P2P payment network is currently supported by a number of participating banks, including:

Users simply download the standalone Zelle app or their bank’s branded app. Either way, they can start sending and receiving money instantly. Because Zelle is directly connected to the user’s bank account, settlements clear within minutes — instead of the one to two business days required for PayPal transfers.

Admittedly, PayPal has recently started offering instant withdrawals. However, this pilot project is still in beta — and there is a 25-cent fee per transfer.

Zelle, by contrast, is 100 percent free for all domestic transfers among participating banks.

Venmo is PayPal’s answer to … well … PayPal. Or rather, it’s a reaction to all the recent competition that PayPal’s success has attracted over the years.

How does Venmo stack up to the competition?

However, Venmo isn’t strictly a P2P payment option. PayPal is trying to brand this service as a new type of social network:

Combining personal finances with social media may seem like an odd fit. Yet, the service is already so popular that people have started to use “Venmo” as a verb (the way we already do when “PayPaling someone” or “Googling something”).