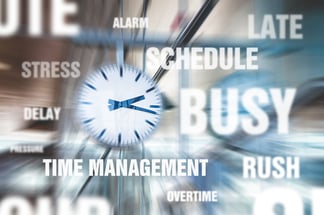 When someone would say how hard another individual worked, it was thought to be admirable or impressive. However, the U.S. has now become known as a country of overworked people, and that’s not necessarily a good thing.

The U.S. is one of the few countries with no designated weekly maximum limit on the number of hours an individual should work. Also, Americans tend to take fewer vacations, retire later, and overall work more hours per day. And, many working long hours are entrepreneurs, small business owners, and freelancers who see working around the clock as the only way to succeed.

Yet, it doesn’t feel very good working 80 hours a week. Rather than admirable, it seems exhausting. That’s why the movement toward better work-life balance for overall health and wellness is all about working smarter, not harder. In 2019, you can reduce those hours while still getting more done through these seven strategies:

The mistake we make is to think we’ve really done a lot because we spent a certain amount of hours at it. Research suggests that, at a certain number of hours, people tend to lose their productivity levels. For example, one researcher from Stanford University found that employee productivity falls sharply after a 50-hour work-week and reaches nearly nothing by 55 hours. Therefore, working 70-80 hours means not much is actually accomplished within those 15-20 hours, so they might have been better spent relaxing or focusing on personal life goals. The first step in 2019 is to change your mindset to see how productive you can be if you worked a maximum of 50 hours (or less) per week.

2. Participate in weekly activities that make you happy.

Science has proven that happier workers tend to produce more than those that are not. Economists from the University of Warwick carried out a number of experiments to test this theory. One researcher, Dr. Sgroi explained, “The driving force seems to be that happier workers use the time they have more effectively, increasing the pace at which they can work without sacrificing quality.” You can even use those 10-20 extra hours you were half-heartedly working and invest them in a hobby, exercise, or anything else you enjoy outside of work.

Think of each day as a journey that you are taking. It’s not the destination but the stops along the way that become important. You know that when you put too many stops on a trip, it becomes much longer than you intended. Therefore, select a few stops, or key things to accomplish, and map those out in a way where you believe the route will be the shortest and not involve many distractions. If you can visualize each day like this, you’ll be able to find shortcuts to get there sooner rather than turning it into a Sunday drive. While there are going to be unexpected events that slow you down, you can then get back on the road to finish up each stop because it’s still laid out on the map. Technology like cloud-based, AI-enabled calendar apps can help you create these productivity routes.

4. Avoid multitasking at all costs.

Multitasking was once thought to be the pinnacle of productivity. Now, you need to let go of believing that doing multiple activities at one time is the smartest way to work. The American Psychological Association (APA) noted that the mental act of juggling between two or more tasks actually slows down the brain and causes confusion and frustration that works against productivity goals. Instead, set a time limit to finish each goal without stopping to answer emails, phone calls, or messages. When that task is done, then decide on the next place to spend 20 minutes or less before leaving that and moving on to a new focus.

5. Validate everything that involves your time.

As business owners, it’s easy to be “busy,” but it may not be clear what you are actually busy doing. It may be nothing, which is why you need to account for all your time with a time tracker app. For example, an iPhone now comes with a screen time app that shows how much time you spent on your mobile email, as well as other apps like social media. Make sure you are spending your work time on those tasks that are making you money or maintaining daily operations.

6. Don’t let others dictate your time.

Because you never know how each day will go and who will contact you, it can be easy to get wrapped up in phone calls or sidetracked by work that has popped up suddenly. Some will be purposeful time suckers, while others don’t realize that you already had a roadmap for the day. Politely decline those that want to jump the queue of appointments or work you had lined up and suggest other appropriate times where you can negotiate the terms of time and scope.

Depending on your type of business and personal preferences, the traditional 9-to-5 schedule may not be optimal for your productivity. If you are a morning person, your best work may be between 5am and 7am, followed by an afternoon block of time. Or, if you are a night owl, 11pm and later may be ideal. While some work still has to be done between certain hours, these other optimal periods should be leveraged to work smart.

The lessons here are that you need to work smarter, not harder. With a little planning and determination, you can accomplish this and feel happier, more productive, and energized.