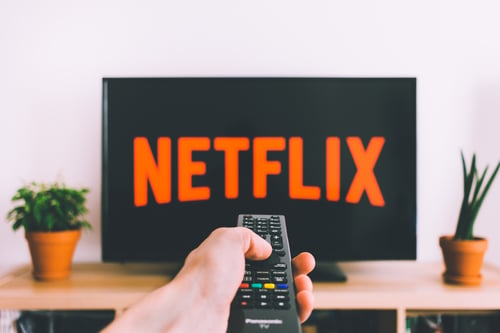 That’s why budding entrepreneurs should take occasional breaks to recharge their batteries. Popular distractions include:

Another great strategy? Watch movies, documentaries and TV shows that are geared toward entrepreneurs and startups. With this approach, you’re technically off the clock. However, you can still glean a lot of useful insights to help make your business journey easier and more successful.

Consuming entrepreneurial entertainment allows you to:

That’s why we published a great list of inspiring “business” movies several months back. Those titles are still relevant today, but it’s not always possible to get your hands on these selections — especially on short notice.

That’s where Netflix comes in.

It has a huge catalog of on-demand TV shows and documentaries that is seemingly tailor-made for new businesses.

Below are some of our top picks in no particular order.

1. Minimalism: A Documentary about the Important Things (2016)

Released in 2016, “Minimalism” is mostly geared toward consumers. The whole point of the film is that you can live a happy and fulfilling life with very few material items.

This same lesson applies to the business world as well.

Tony Robbins is a renowned life coach and business strategist. He leaves everything he has on the field.

This powerful documentary takes a deep dive into all of the behind-the-scenes preparation that goes into his extremely well-attended workshops. It also serves as the perfect counterbalance to another Netflix favorite — “FYRE: The Greatest Party That Never Happened” (2019).

If you feel stressed about your workload — especially when it comes to conference planning — this documentary will inspire you.

Conventional wisdom has always been that boom times translate to higher profits and downturns inevitably lead to fewer sales. For most businesses, this trend holds true.

Yet, the logic starts to fall apart — at least for the real-life characters profiled in this biographical comedy drama.

With its all-star cast, “The Big Short” clearly demonstrates that profits are always available if you know where to look. While most of the world was losing billions during the 2008 economic recession, the main characters in this film managed to build fortunes that would put most monarchs to shame.

Not all of Netflix’s titles are cautionary tales — 2015’s “Capital C” is an inspiring documentary about how entrepreneurs are increasingly decoupling themselves from traditional sources of financing. Banks and angel investors are no longer the sole gatekeepers, thanks to emerging alternatives like crowdfunding.

The secret to raising large sums of capital lies in creating a message that resonates with others. If you do this, people will naturally want to help and support your growth.

If you’ve never watched a TED Talk, you should. Short for technology, education and design, each TED video features experts from around the world who cover topics about which they are most passionate.

The platform’s main website makes all of these videos free to the public — complete with powerful search features that allow you to filter topics based on their subject matter. Whether you’re interested in productivity, entrepreneurship, or design — you can quickly find it.

With so many videos already published, it’s easy to fall into the rabbit hole and never return. As an entrepreneur, time is one of your most valuable assets.

Fortunately, you’re in luck. Netflix has hand-picked some of the best content from these TED Talks and compiled them into a 10-part “Life Hack” series. If you’re looking for a crash course in business education that you can fit into a weekend of binge-watching — definitely check out these TED Talks.

This 2012 documentary follows the approaching retirement of famed sushi chef, Jiro Ono, as he prepares his son to take over the business.

There is a lot to unpack in this film, but one key takeaway is that charging higher prices doesn’t necessarily require adding more bells and whistles. Ono’s strategy involves an unwavering commitment to quality and perfection.

This approach is much harder to scale. Yet, when you’re charging $300 a plate, you can afford to maintain a relatively small operation — and still be a huge success.

Nearly every entrepreneur dreams of attracting investors to help get their ventures off the ground. The thinking goes that with enough outside financing, everything falls magically into place — at least in theory.

While your chances of success definitely improve with venture capital, this exposé into the early days of Silicon Valley clearly demonstrates that the road to success is neither easy nor automatic. Many of the hard lessons learned in this insightful documentary can help you avoid some of the common pitfalls entrepreneurs face when courting investors.

For a more entertaining look into the machinations of IT and venture capital, you might also be interested in the comedy series “Silicon Valley.” It’s a fun ride full of absurd twists and turns. Unfortunately, this award-winning show isn’t currently available on Netflix, but you can find it on HBO.

This movie stitches together a series of vignettes that walk you through the fields of human behavior and psychology. Because business is essentially the art of “negotiation” — this isn’t a documentary any entrepreneur can afford to miss. Whether your goal is to charge higher prices, compete more aggressively, or incentivize lackluster employees, “Freakonomics” is full of actionable insights you can put to work right away.

While we do NOT condone his business or the illegal activity, if you look deeper into the message, the main takeaway for entrepreneurs is that success can come at you fast — especially if you dedicate yourself to quality. On the surface, this is good — but if you sacrifice integrity along the way, bad things are bound to happen to you.

Walter White discovered this the hard way — so that you don’t have to.

Walter White didn’t cut corners, but the key players in this 2005 documentary certainly did. They fudged numbers, doctored reports, and lied to investors and regulators.

The charade worked for a while — until everything came crashing down in spectacular fashion.

This cautionary tale further drives home the importance of honesty and integrity. Every business has bad days — sometimes even bad years. Yet, remaining open and transparent increases the chances of coming out of the fire unscathed.

Get Ready to Netflix and Grow

The above titles are merely scratching the surface. You could spend hours (literally) watching tons of fantastic entrepreneurial programming on Netflix and other on-demand services.

Just remember that Netflix continuously updates its catalog of TV shows, documentaries and movies. So be sure to check out the above titles before they disappear.

Also, don’t forget to talk to your tax adviser about reporting your monthly Netflix subscription as a “business” expense. It never hurts to ask.