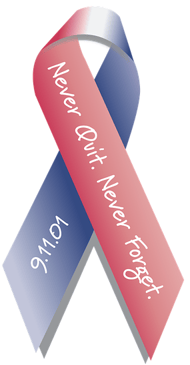 The attacks on Sept. 11, 2001 had a huge impact on the American economy. The most obvious changes affected the roughly 18,000 small businesses that were displaced or destroyed in Lower Manhattan.

Nearly 20 years later, the effects of 9/11 persist, and they’ve forever changed how companies operate in the new millennium.

Below are five of the biggest changes businesses have made in the post-9/11 economy.

Terrorists behind the Sept. 11th attacks relied on global banking networks to finance much of their operations. This was still the early days of the Internet, so there weren’t as many safeguards in place to monitor such transfers.

Post-9/11, however, all this changed as regulators, banks and governments increasingly erected roadblocks to prevent illegal activity. In fact, many of the security protocols we use today can trace their roots back to the years shortly after the attacks. PCI DSS V 1.0, for example, made its debut in 2004.

Money wasn’t the only thing that became harder to move. The same is true of physical goods and services, as well.

Incoming cargo must now pass through a host of security checks at the border. This slows delivery times and increases shipping costs. Airport security became a new expense — time and money — that every business traveler had to factor into his or her budget.

The great irony of all this extra security is that fraud actually increased. Unable to exploit older vulnerabilities in America’s payment infrastructure, criminals increasingly looked for other ways to defraud users.

This was pretty easy to do as Internet use grew worldwide. More e-commerce activity inevitably led to more online fraud.

But as an indirect result of 9/11 and the security regulations that followed, business owners now have to implement even more safeguards than before. Fraud has become an ever-accelerating “arms race” as both sides try to stay one step ahead of the other.

Terrorism makes it harder to do business. As we’ve already seen, 9/11 led to:

All this creates greater economic uncertainty, especially for businesses that rely heavily on global supply chains.

However, that uncertainty can also manifest in other ways. For example, the cost of America’s “war on terror” is now approaching $4 trillion. That money could have been used to:

It’s impossible to quantify the true cost of these missed opportunities, but removing $4 trillion from the government’s reserves has likely made it more difficult for struggling businesses to get off the ground.

In 1999, there were only nine companies in the country that had national security-related contracts. By 2006, that number had mushroomed to 34,000 businesses.

Obviously, this growth didn’t affect everyone equally, but it did create greater demand for Level 2 and Level 3 credit card processing. That’s because government agencies often require their employees to use these more detailed payment options when making publicly financed purchases.

That need has filtered into the business world, with a growing number of companies requiring that their vendors and suppliers process Levels 2 and 3 credit card transactions.

The “war on terror” made the Middle East a less reliable source of oil, at least for Americans. Just prior to the 9/11 attacks, gas was roughly $1.66 a gallon. In years since, it has gone as high as $5 a gallon.

Oil is the lifeblood of the economy, so price swings make everything — not just daily commutes — more expensive. Every Post-it note, pencil and computer screen must be manufactured and shipped before it reaches the end-user. And that’s just to supply your office.

If you sell consumer items or rely on other material inputs, running a business is now a lot more expensive. In fact, simply living in America costs more since we’re all end-users in the global supply chain.

There is one positive aspect of this trend. Higher oil prices have given much-needed momentum to the environmental movement. Businesses in the post-9/11 world are always on the hunt for ways to reduce their carbon footprint and save money. The transportation and shipping industries are also moving in this direction as electric vehicles (EVs) become more mainstream.

In a world of cheap oil, it’s unlikely this shift would occur with the same speed and urgency.

How Has 9/11 Changed the Way Your Business Operates?

Some of the impacts mentioned above are subtle and difficult to quantify. Others (such as airport security) are impossible to ignore, but there may be things we forgot to add to this list. As the economy changes and technology advances, businesses will need to continue to be fluid in their operations.