4 Ways to Honor the Spirit of Labor Day 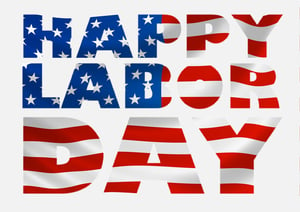 Labor Day is officially celebrated on the first Monday of September. For most Americans, this annual event is just another bank holiday. There’s not a whole lot of fanfare involved.

For students, Labor Day means that school is around the corner — or a day off. For most everyone else, it simply marks the “unofficial” end of the summer — complete with barbecues, picnics and pool parties.

However, Labor Day started as a very different type of holiday. Over the years, we’ve lost touch with its history, cultural impact and intended purpose.

The True Meaning of Labor Day

During the late 1800s, the official work week was about 60 hours. For many factory workers, those hours were spread across all seven days of the week. In other words, there was no guaranteed time off.

This was against a backdrop of record profits and runaway greed as robber barons exercised unlimited control over the nation’s industrial capacity.

The original creators of Labor Day wanted to address the country’s growing income equality. By introducing this annual event, they hoped to:

So, they celebrated the first Labor Day in 1882. The festivities were limited to New York City, which at that time had some of the most active unions in the nation.

It wasn’t an official holiday with any type of government sanction. In fact, because workers couldn’t get time off to celebrate, that first Labor Day was actually a citywide strike — complete with parades and picnics.

Many of these celebrations were marked with violent protests and militant activity. Although Labor Day was well received by the working class, management was often reluctant to give employees time off — even when such holidays were voted in legally by state legislators.

By 1893, more than half the country recognized Labor Day. In 1894, Congress unanimously voted to make this annual event an official holiday.

Still, Labor Day only legally applied to government workers. Private companies were allowed to decide whether or not to give time off (which is why stores and restaurants typically remain open while offices, schools and banks do not).

In many ways, the Labor Day movement that began in the late 1800s largely succeeded. Thanks to those pioneers, the five-day work week is standard in most American workplaces, and U.S, employees work an average of eight hours a day.

But some of the problems that prompted those initial efforts still linger. In fact, they’ve arguably become worse, once you factor in:

As in the 1800s, this comes against a backdrop of record profits and runaway greed.

One could argue that Labor Day is more relevant now than at any time over the past century. Rather than treat it as a bank holiday, we should celebrate Labor Day the way it was meant to be celebrated.

Below are four tips to help you reclaim the original spirit of this yearly event.

1. Give your team the day off

Unless you’re running Labor Day sales, you should give your employees the day off. If that’s not possible because you run a restaurant or brick-and-mortar store, consider closing shop shortly before or after Labor Day.

2. Treat your team to a little fun

Labor Day was meant to relieve some of the drudgery of factory life. Although the work week is much less stressful and dangerous today, it’s still “work.” However, you can relieve some of the monotony by hosting office parties, games and other fun activities. Read our article on National Fun at Work Day for some cool tips you can implement.

Consider allowing your employees to work from home or less rigid schedules. Contrary to popular belief, introducing telecommuting and flex-time are not strictly altruistic acts. When done correctly, they can boost worker productivity and increase overall morale.

4. Give your team a raise

This is easier said than done, especially for businesses that operate on tight margins. But it’s possible to reduce expenses (and increase profits) by making simple adjustments to your payment environment and workflow.

For a list of tips, check out our article 5 Ingenious and Painless Ways to Save Money in Your Business.

How Will You Celebrate Labor Day This Year?

For most Americans, Labor Day is just an excuse to host a barbecue. But given its rich history and cultural significance, Labor Day is still worth celebrating. Without it, we could be clocking in nearly 10 hours a day, seven days a week.

So, for this year’s Labor Day, do something special. Take time out of your normal routine to honor the contributions of those unionists, activists and humanitarians who fought to make life a little easier for future generations.