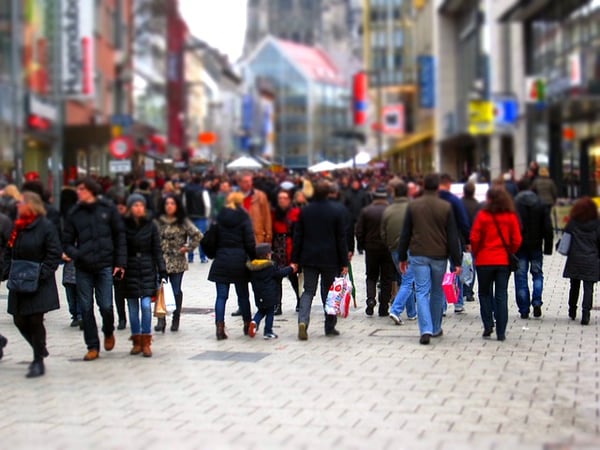 With holiday items already on display in some retail shops, it’s time to delve deeper into what this holiday season may bring in terms of consumer shopping trends to be better prepared and reap the rewards.

A recent OpenX consumer poll was conducted to gauge consumer optimism for their holiday shopping plans. In partnership with The Harris Poll, the 2019 research on holiday shopping paints a positive picture of increased spending, both in-store and online, despite being divided on their economic views.

The added optimism signals more spending over the previous year’s holiday shopping season. The National Retail Federation estimates an increase in holiday shopping revenue to be around 4.2 percent. Similarly, AlixPartners estimates holiday sales to come in at 4.4 percent, while Deloitte estimates 4.5 percent.

The majority of this increase is driven by online and mobile shopping channels. The survey found that one out of every five holiday shopping dollars is spent using a mobile device.

RetailMeNot’s holiday shopping survey revealed similar optimism, despite the fact that many were concerned over tariffs imposed on China and how this might impact the price of goods. So far, this politically charged issue does not look to impact the holiday shopping season.

Television is no longer the place to attract holiday shoppers. The same survey revealed that 42 percent of holiday shoppers do not have cable/satellite TV or don’t use it as much as they used to. Instead, two-thirds of shoppers are streaming TV, with Millennials spending 75 percent more time watching streaming television versus live TV.

Also, Millennials plan to shop more on mobile versus a desktop/laptop, and they will use a smart assistant, such as Google Home or Amazon Echo.

With the potential for more holiday revenue this year for online and brick-and-mortar retailers, it’s important to develop a strategy that addresses what these consumers want.

For example, this holiday season may be the right time to leverage geo-targeted ads as a brick-and-mortar retailer. According to BIA Advisory Services, geo-targeted ad sales will climb to $32.4 billion in 2021, far surpassing the total of $12.4 billion in 2016. By using this type of ad in your holiday strategy, you are also addressing the increase in holiday shopping via mobile devices by today’s consumers.

Focus your efforts on attracting local holiday traffic to your store this season. Local Search Association and Acquisition found that 75 percent of local-intent searches on a mobile device resulted in an offline store visit within one day. Therefore, it’s also a key holiday marketing strategy to focus on your SEO approach, building local keywords into your search, social, and content marketing tactics.

Make the most of the five-day weekend, which falls between Thanksgiving and Cyber Monday to deliver the highest concentration of your holiday campaigns. You’ll want to get noticed during what still remains as the highest shopping volume days of the holiday season. Think social media ads, email marketing, and promotional push notifications.

Your holiday efforts should also include a wider range of delivery options, including buy online-in-pick-up-in-store (BOPIS) options if you have both an online and offline retail presence. Adobe Experience Cloud research concluded that retailers with physical and online stores saw a 50 percent increase in this delivery option.

Retailers have been working to get their share of the holiday revenue pie for weeks. If you want yours, now is the time to start responding to these holiday shopping trends by enacting a holiday marketing strategy that speaks to your audience.